At its recent Awards for Excellence Gala, the UDIA Victoria recognised David Dordevic as a shortlisted finalist in its Young Development Professional – an award which celebrates the future leaders of the property industry.

Joining ID_Land as an Assistant Development Manager in 2015, David quickly became a pivotal member of the growing team and has since been instrumental in delivering many projects withing the group’s Victorian portfolio, including Yarraville Place, Attwell in Deanside and Elements in Truganina.

David has also played a major role in acquisitions, as well as project delivery, particularly alongside our newly expanded Queensland team as we seek to expand our footprint in the state.

“It was an honour to be recognised and shortlisted by the UDIA Victoria in its Young Development Professional category, and congratulations to the winner – I feel fortunate to work with such a supportive, passionate and high performing team,” David said. 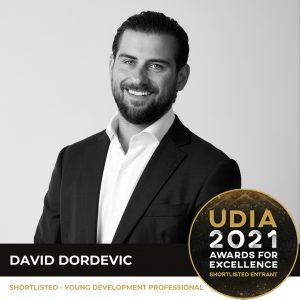 PREVIOUS BACK TO NEWS NEXT

Chat to us about